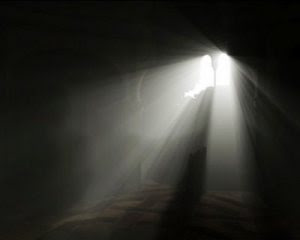 Her room---6:30 pm. sometime late of October, year …….
As the eyes opened breaking through the untimely sleepiness…she couldn’t appreciate the darkness that dawned in with the dusk that evening. Instantly the left hand nearing the bed side switch board stretches itself and on goes the light…aaah!!! A gush of pain, something achingly bright hits and then rushes into the eye surface perforating the upper layer until it touches the bottom, the very unknown bottom…some place that she has never been to herself but was aware of its existence …and all of these in the stroke of less than fraction of a second. And the pain that accompanied, was so mild yet so existent that it’s cowardice to mention and even harder a task to describe. The pair in the same set of eyes that appreciates art and painting…struck by the unbearable brightness of the moment…the eyes so used to see through the dark.
Instinctively the light goes off…on…off and on again, until they surrender to the mildly existing pain of reality. Head as heavy as an ill-practiced drunkard, the reluctant body lifts itself and hazardously makes it to travel to the wash basin at the corner of the washroom some 7 and a half steps away…flush !flush! flush! Goes the cool water cruelly, to wipe away the trance like state…
Seated at the corner of the bed, she tries to figure out in which part of the world she is so stuck in. 3.01 seconds and she identifies the room. The same room that gave her luxurious rests after a hectic day out, the same room that gave her solace enough to compose poetry, to spend modest hours with her treasured books, taking her by the heart to their respective worlds of unknown…the same room whose darkened night hours have known her like no one else, her secret aspirations, dreams and heart breaks, tears that have with all their rich pride transformed and then flaunted to be gorgeous smiles, that so many people got addicted to… just the next morn.
The room now burdened with darkness and secrets and memories……
She takes a paper and a pen to jot down the words banging the door to let open and out so the heaviness of the heart in the head be reduced. The pen decides not to move an inch in all it’s lazed out fatigue…heart breaking, the look of the deprived paper.
A machine with a screen, with some alphabetical switches, in front of the screen…the aspired handwritten notes now reduced to…abstract ideas, untouchable words, with its lifeless perfection on the pages of the MS word pad.
The only movement seems to be the rotating ceiling fan that moves on and on tirelessly, hopelessly failing to remove or evaporate the sticky sweat disturbingly tickling the back of her neck. There is a chill in the air that’s running down her veins…an invisible chill.
A paper wheel dangling out from the book shelf moves on more or less constantly with the rhythmic interference of the ill-equipped ceiling fan’s breeze--that is not of enough use in removing the sweat from the back of her neck. The paper wheel she had bought from the fair last season made her feel like the joy of an innocent child from within. How thankful she is of the presence of the life less colorful paper wheel whose movement seems more lifelike sharing the burden of living on with its frequent movement.
In less than a month winter will arrive…winter her favorite season.
In less than a month the paper wheel made of colored papers will stop its movement as the ceiling fan would go inactive for as long as the chill would remain. Sad how she would have to carry on with the responsibility of living all alone in that room of her burdened memories, broken heart and brightened darkness…
“I think I will buy her a wind chime this Christmas.” 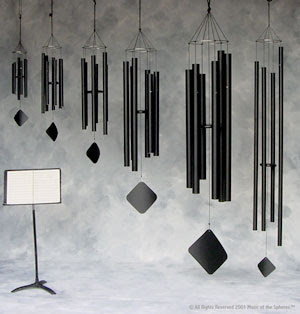 Posted by Palashpriya at 10:23 AM No comments:

The table spoon must have got stuck inside the honey bin, the last time you had honey,
remember how heavy it felt...when u tried pulling it out? and then u left it right there...
u neva leave things that way and thats why u forgot and later on, u thought its lost...
but let it be right there for some while more, trust me the spoon likes this sweet new existance in her sweet new home. :P


The rolling papers rolled towards the verranda i believe...being just a bunch of rolling papers,it was feeling entrapped amongst the other set of papers so intellectually equipped...last time the door bangged open when u left it unleashed ...it crawled out from beside your bed side book shelf rolling all the way towards the veranda... it desperately needed to breathe a bit of fresh air...let it remain...


The box cards...u didnt lose them...u gave away last summer, when the lil girl, the daughter of your maid found it amusing...it was just simply box cards...she cried to have them. U gave away more coz her cry was distracting u at ur work. Without the intention, u did a good job, coz the little girl smiled.


and the eyesight, its right there resting behind those shades...those brilliant expressive sight of yours...let them free, coz no matter what the Doctors and experts say...the world does look better and brighter when the glasses are removed and no Ray Ban or Flexon can make it better compared to what you see with the naked eyes...(even for the ones who have got the real "lack-of-clear-eye-sight-syndrome" :P)... 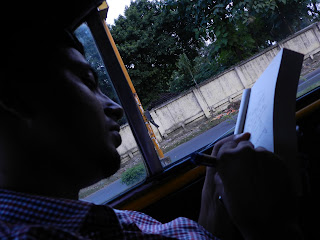 Posted by Palashpriya at 11:48 AM No comments:

Palashpriya
"Two roads diverged in a wood, and I, I took the one less traveled by, And that has made all the difference." --Robert Frost